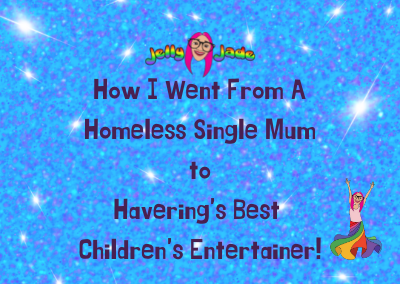 I have just finished watching the Netflix series, Maid which tells the story of a young girl fleeing domestic violence with her little girl and being faced with hardship and difficulties trying to make a new life for herself.

Whilst the story is harrowing and horrific to watch, unfortunately I could relate to it having been in a similar situation myself around 13 years ago.

I left an emotionally abusive marriage with my 2 year old son in tow with no where to go and literally walking the streets of Romford completely lost and wondering how I got into this situation.

I was faced with knockbacks, financial difficulties, threat of life and most importantly, wondering how I was going to keep my son safe.

We both lived in a women’s refuge for 5 months whilst I tried to find my way around a new town, with no friends or family allowed to see me and had to juggle bullying and torment from other women who had been through similar experiences to me.

Yes, it was tough and yes, it was one of the worst things that’s happened to me but here’s where the story take a positive turn.

I was lucky enough to be housed by Havering council and lived in a lovely little flat with my son for 4 years.

In this time, I went from being on benefits, to training as a teaching assistant and finally getting a part time job as a Nursery Nurse.

My son’s father passed away in these four years and I had to deal with the mixed emotions and heartache that came from the fall out of what we had been through but my son went to school and learned what it was like to be in a safe space.

I had to fight to get my son off a child protection register, declare divorce and being a widow in one year and live with second hand furniture, clothes and items.

In this Netflix series Maid, the young girl goes through a similar situation where she is faced with so much and you’re just willing for her to make it through because it’s so unfair.

I found my situation unfair at the time because none of it was my fault, (although I was made to feel that way) and some authorities didn’t believe me, at the time the law was the Mum and children have to flee their home whilst the perpetrator got to stay there and live their life the way they wanted.

But it’s all I could do to keep my son safe.

Fast forward to 2012 and I was engaged to my now husband, expecting another baby and my eldest was thriving at school.

A month after I had my second child, I set up Party with Jelly Jade and 9 years later, I have just won an award for Best Party Provider in Romford!

With a lot of determination, tears, support and belief not just from myself but my network around me.

I have had some disastrous bookings and I am not perfect but we can only get better by learning from those mistakes and always striving to improve.

I know there are hundreds of women going through a similar thing so I wanted to share my story in the hope it helps them flee their situation, no matter how scared they are.  It’s certainly not easy to change your life in such a drastic way but it will always be for the greater good and you definitely don’t deserve to be made to feel the way you do.

Jelly Jade was born out of heartache and the willingness to spread love and happiness across the borough and beyond and I won’t stop until you stop booking me!

If you need help with anything I have mentioned, please contact:

By continuing to use the site, you agree to the use of cookies. more information